Rather different from the other habitats that exist around Morecambe Bay, and perhaps the habitat most unique to the area in its distribution, are the Limestone Pavements scattered around the head of the bay.

Formed by a quirky glacial process that isn’t fully understood formerly continuous layers of limestone have been shaped into a pattern of ‘clints’ (blocks ) and ‘grikes’ (gaps). Each grike is a little different – some shallow some steep, some with vertical sides, some graded, and each differently aligned – giving a range of niches to the plants that occupy them. Many pavements are 'bonsai' woodlands – trees and shrubs slow grown due to the lack of soil develop only to be pruned by livestock. Others are more open and some are almost bare until you peer into the grikes. As well as supporting a range of species commonly associated with limestone woodlands and grasslands, there are a number of specialists found in few other situations such as dark red helleborine, limestone fern, rigid buckler fern and angular Solomon’s seal. 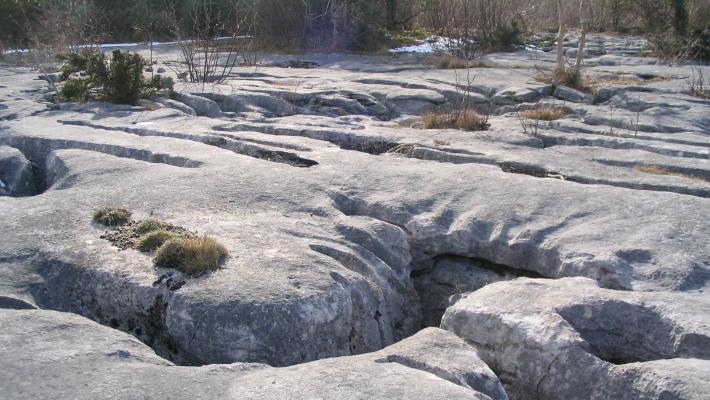